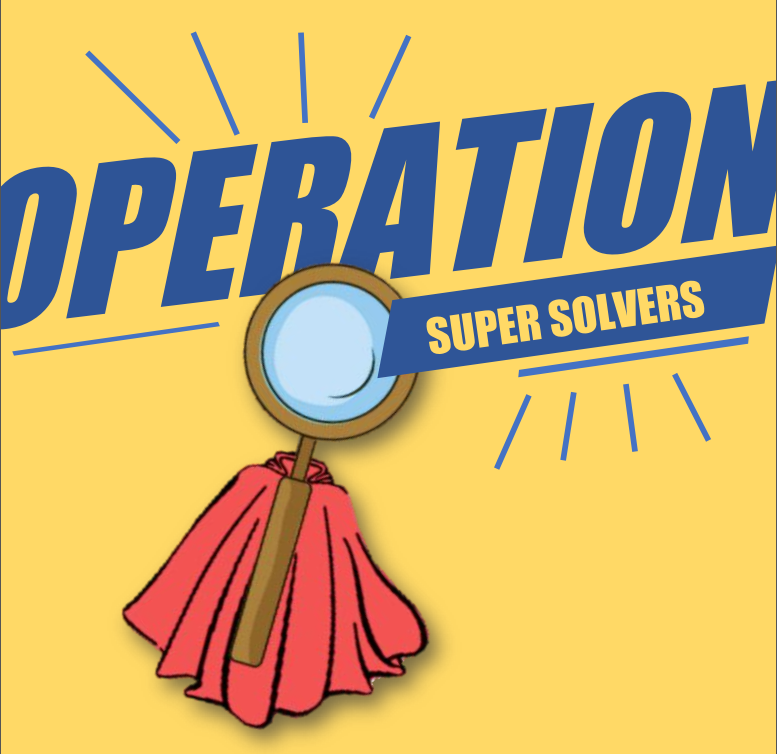 Last week, I joined the team at the Columbus Regional Math Collaborative to host a summer math camp to help children study fractions after a year of virtual learning. It was filled with active learning, comic book surprises, and great problems to solve. I was able to conduct research on fraction learning while sharing the newly released issue The Mysterious I.D. Vide in Newton’s Nemesis No. 3 with the children. I’m excited to share what we learned as I dive into a summer of analyzing the data and blogging about our initial findings.

We planned a week of activities for our half-day camp that would allow children (ages 10-11) to think about fractions in different ways: as part of whole, as quantities, and as quotients. We had students work with Cuisenaire rods, physically jumping down number lines, and coloring with fraction tiles. The children were very sweet and rarely uttered anything negative as they struggled through problems. Of course, a few of the boys were VERY active and loved that our chairs had rollers.

During the last 30 minutes of the first day, I was worried. I watched one young man spin his chair around while making random engine-like noises and saw another talking speedily to a new found friend as he moved his chair excitedly back and forth from the desk. After two and a half hours of math, how was I going to get these children to read The Mysterious I.D. Vide in Newton’s Nemesis No. 1? I said, “Alright everyone, let’s read a story,” and we handed a comic book to each child. I was thinking through classroom management 101 strategies. I was certain that at least one of the children would ignore my request and begin to distract others.

Only two children didn’t immediately pick up the comic book. Both sat quietly for a minute, looked around at everyone else reading, and then, began to peak inside. Both began reading through the pages. Not once did I redirect a child. They just read the comic book, silently, for fifteen minutes. The boisterous classroom fell silent. The younger boys curled up in their rolling chairs without movement. And they were still learning. It was teacher heaven!

By the end of the week, I invited the illustrator, Nathan Long, to come and talk with the children about the art in the math comic book series. Two of the young ladies were barely contained in their seats as Nathan explained how to draw movement and how colors are perceived by the human eye. Then he helped the students illustrate their math problems that we used for a parents’ gallery walk. So the big lessons I learned from our summer camp are:

Student engagement is only half the battle. That’s why I conducted research with pre-camp interviews and collected data throughout the camp. There is a ton of data to sift through, and it will likely take me most of the summer. So, I’m inviting you on my journey as I learn more about how children learn fractions. There is one observation I can easily share now:

The reason we hosted this camp was to help children who may have missed some math instruction due to the pandemic. We confirmed very quickly that our children didn’t have access to hands-on manipulatives that could help them master the basic concepts of fractions. Most could tell you that a fraction was a part of a whole and could locate one-half on a number line. But most struggled with other fractions, placing 1/8 as larger than 1/4. They exhibited natural number bias. More to come on that topic next time!

If you know someone looking for resources, the Math Collaborative has this great page they call the Parent’s Corner.